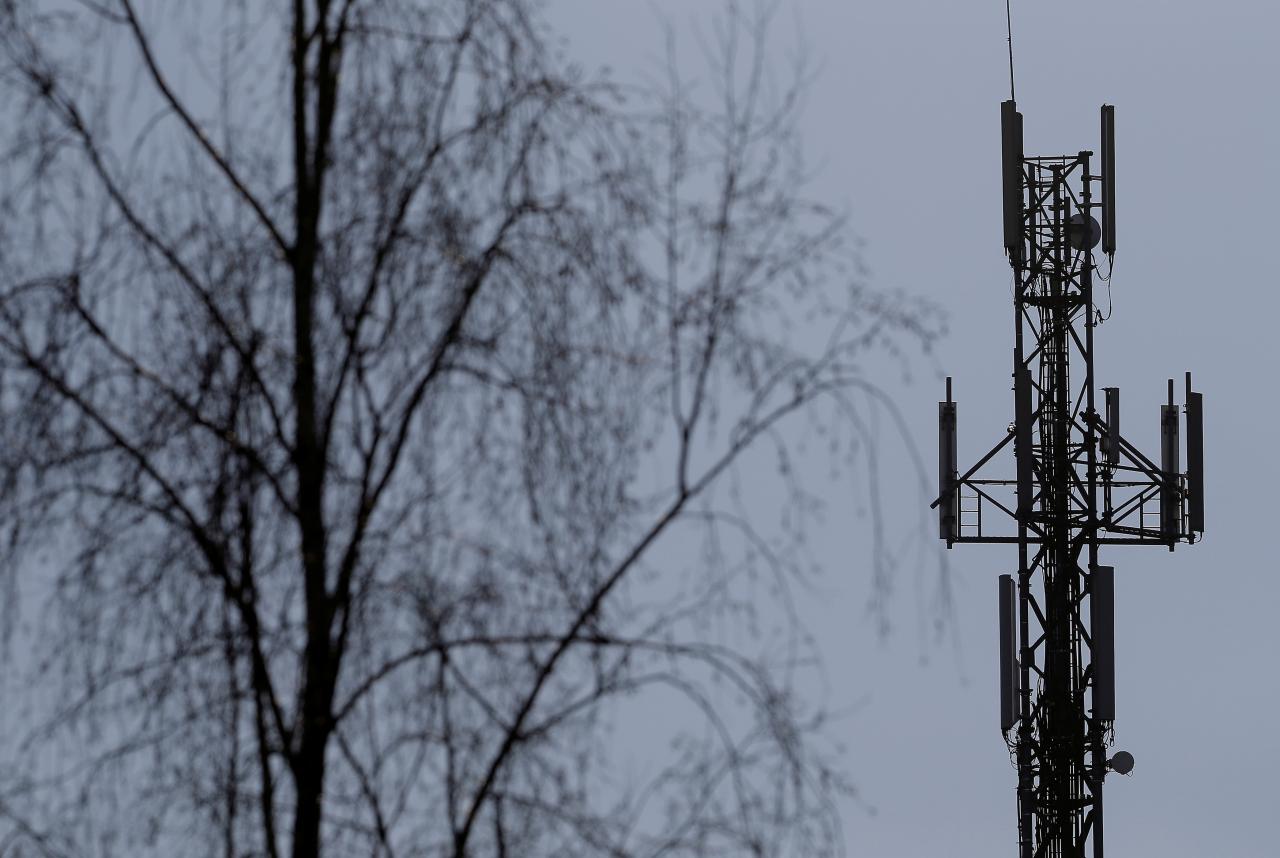 BARCELONA (Reuters) - The launch of fifth-generation mobile services across Europe looks set to trigger a wave of infrastructure deals as telecoms companies seek ways to upgrade their networks without busting their strained capital budgets.

The region lags the United States and parts of Asia on rolling out 5G services - such as providing wireless broadband to the home and powering connected factories.

But with Britain and Italy having already held 5G spectrum auctions, and Germany’s and France’s to come next year, operators are laying fiber-optic cables and looking to ‘densify’ their networks to guarantee the super-fast data speeds and low reaction times, or latency, that 5G services will need.

Instead, many are preparing their portfolios of mobile towers for sale or partnerships with infrastructure specialists that would run them in exchange for fees.

That would raise money for the telcos, buying them time until 5G starts to generate new revenue streams and enabling them to keep paying the chunky dividends that attract investors.

“5G may be the trigger (for deals),” said Tobias Martinez Gimeno, the CEO of Spain’s Cellnex, which already has tower portfolios in France, Spain, Italy and the Netherlands, and is keen to move into new markets like Germany.

Deutsche Telekom, the market leader in Europe’s largest economy, is folding its Dutch and Austrian assets into its towers unit, which runs 28,000 base stations, and is willing to consider a sale, CEO Tim Hoettges says.

Vodafone already has a towers joint venture in Britain and could increase the utilization of assets such as the 58,000 masts it has in Europe by encouraging rival operators to use them or selling a stake to an operator, CEO Nick Read said in Barcelona.

For investors, tower operators offer an interesting proposition because their business can be expected to offer predictable revenue growth on the back of rising data volumes.

Those cash flows can support higher financial leverage, and as a result potential returns. That makes tower deals potentially attractive to telcos, enabling them to realize a capital gain on their physical assets at a time when they are struggling to eke out revenue growth in Europe’s mature markets.

Potential new entrants to the European towers market are taking a close look, such as Crown Castle, a U.S. real estate investment trust that runs 40,000 towers in the United States and Puerto Rico. With a market capitalization of $46 billion, Crown Castle is worth more than France’s biggest telco Orange.

Crown Castle is “very interested” in gaining exposure to developed markets in Western Europe, where it sees a favorable trade-off between risk and reward compared with emerging markets, finance chief Daniel Schlanger told the conference.

That includes towers and so-called smallcells, or wireless transmitters hooked up to base stations by fiber-optic cables, added Schlanger. Ensuring that more than one operator’s smallcells are connected to nodes along such ‘backhaul’ cables can make their economics attractive, he said.

Telcos are also looking at ways of sharing infrastructure to limit the cost of 5G investments.

In Germany, for example, Telefonica Deutschland has struck a deal to connect 5,000 of its base stations to Deutsche Telekom’s fiber-optic network.

That will enable the German market No.3 to look at offering 5G fixed wireless broadband, following the launch of such a product by U.S. market leader Verizon in four cities last month.

The technology covers the final stretch to the home with a short-range wireless link, and is cheaper than laying an underground fiber.

“We’ve looked at the Verizon case and it’s feasible,” CEO Markus Haas said, adding a pilot project in the city of Hamburg had been very encouraging.

Asked whether he planned to raise investments to cover 5G network investments, Haas said he was “comfortable” with existing guidance that Telefonica Deutschland’s capex would be stable in the years to come.

Orange CFO Ramon Fernandez, for his part, expects capex to peak at 7.4 billion euros this year as part of an understanding with the French government to improve networks in exchange for the favorable terms under which 5G spectrum was allocated.

(This story corrects paragraph 3 to show French auction has not happened, but is next year)