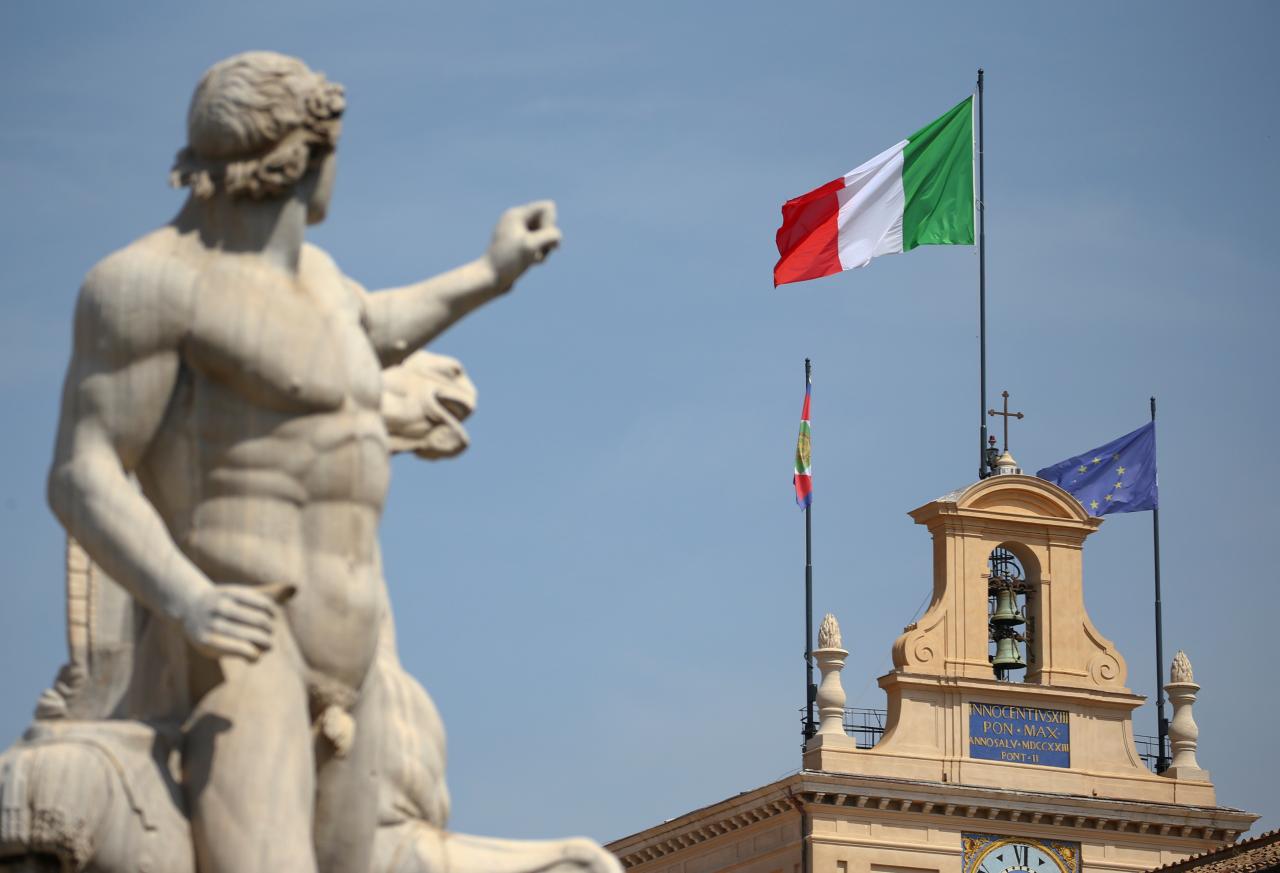 The Italian flag waves over the Quirinal Palace in Rome, Italy May 30, 2018. REUTERS/Tony Gentile

Yields on Italy’s bonds have spiked since September, when the Italian eurosceptic government disclosed details of a free-spending budget that would breach EU fiscal rules and could increase the country’s large debt.

EU disapproval of Italy’s plans has contributed to market jitters, and the Italian government wants to avoid the spotlight at the next monthly meeting of euro zone finance ministers.

But delegates from other euro zone states agreed at a meeting this week to hold the talks anyway, the official said, in a new sign of the isolation of Italy’s government in the 19-country region.

The discussion will follow the EU Commission’s unprecedented decision this week to reject the Italian budget on the grounds that it vastly deviated from previously agreed fiscal targets.

This decision was backed by euro zone officials this week at a meeting in Brussels, a second EU official said.

At the Nov. 5 meeting, finance ministers are expected to endorse the envoys’ position on the Italian budget, although it is unclear now whether there will be a joint statement at the end of the meeting on the issue, the second official said.

Under EU rules, after the Commission’s rejection Italy is required to send a revised version of its draft budget to Brussels by Nov. 13.

To fully meet EU requirements, Italy would have to cut by 0.6 percent its structural deficit which excludes one-off expenditures. Instead, it plans a 0.8 percent increase.

But EU officials fear it could also increase the country’s public debt, which at a ratio of more than 130 percent of the gross domestic product is the euro zone’s second largest after Greece.