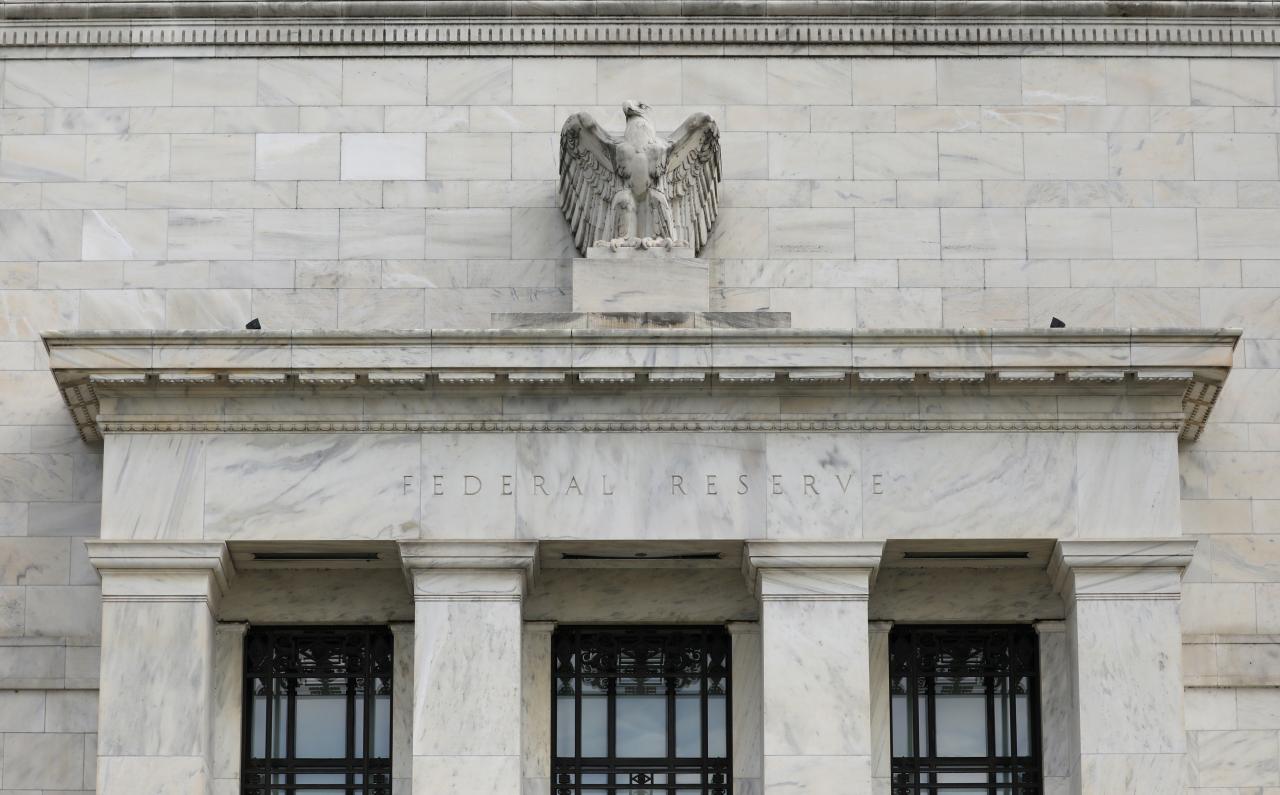 NEW YORK (Reuters) - Federal Reserve officials have tried this week to ease concerns on Wall Street that bank reserves are growing scarce and that the Fed’s key rate will edge up above a policy range, possibly forcing it to permanently hold more assets than planned.

Thursday marked the third straight day in which the federal funds policy rate traded at its effective ceiling of 2.20 percent. Before this week, the policy rate had approached but never landed on the rate the Fed pays banks on excess reserves (IOER), activated in 2015 to keep the policy rate contained.

The policy rate has drifted higher in its range throughout the year, causing the Fed in June to tweak the IOER lower. To provide a buffer, it now sits 0.05 percent below the upper end of the overall policy range of 2.00-2.25 percent.

The upward drift has renewed a debate over whether the Fed's reduction of its massive bond holdings, which started a year ago, has made it more expensive for banks to borrow excess reserves to meet regulatory requirements or fund their daily needs. (Graphic: Bank excess reserves held at the Fed - tmsnrt.rs/2Jh0PPN)

Reserves have fallen more quickly than the Fed’s portfolio, leading some in the market to believe a scarcity is behind the upward creep in the policy rate, and that the portfolio trimming would have to stop soon. That, in turn, could leave the Fed with a more accommodative policy stance overall.

“If one thought that the drift higher in the funds rate were the result of growing scarcity of reserves in the interbank market, then it would signal to the Fed a need to slow or stop pulling reserves out of the banking system via their balance sheet normalization,” wrote Michael Feroli, chief U.S. economist at JPMorgan.

He added, however, that there was so far “little evidence that reserves are becoming scarce.”

Cleveland Fed President Loretta Mester discussed the issue twice over two days of events in New York, telling investors on Thursday that a series of other one-off factors was driving the policy rate’s upward drift, including the supply of fed funds from government-sponsored home-loan banks.

Another downward tweak to the IOER, to provide more of a buffer, “wouldn’t bother me,” she said. “We can think about that separately from” the ultimate size of the balance sheet and longer-term operating framework, Mester added.

Hours later, at a conference on Friday at the Bank of France in Paris, the Fed official running market operations argued that even if the effective policy rate rose above IOER, it would not signal reserves scarcity. At any rate, it was unrelated to any future decision on how much to shrink the current $4 trillion in bonds on the Fed’s balance sheet, said Simon Potter, executive vice president at the New York Fed.

“Let me be clear: observing the (policy rate) and other rates above the (IOER) is not a sufficient condition for reserve scarcity,” Potter said at the conference.

The Fed bought some $3.5 trillion in bonds to spur recovery from recession in the last decade, leaving it with a total of $4.5 trillion in overall assets as of October last year.

Since then, it has shed some $250 billion, even as bank reserves have dropped by more than twice that value. The Fed has never specified how much it wants to trim its asset holdings.