Why some African Americans are moving to Africa 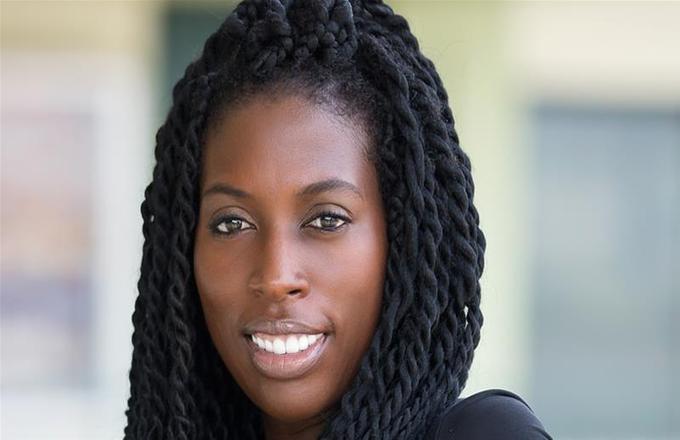 Why some African Americans are moving to Africa

Accra, Ghana - They have come from the big cities of San Francisco, Chicago, and New York. Thousands of them. And many refuse to return.

A new wave of African Americans is escaping the incessant racism and prejudice in the United States. From Senegal and Ghana to The Gambia, communities are emerging in defiance of conventional wisdom that Africa is a continent everyone is trying to leave.

It is estimated that between 3,000 and 5,000 African Americans live in Accra, the Ghanaian capital. They are teachers in small towns in the west or entrepreneurs in the capital and say they that even though living in Ghana is not always easy, they feel free and safe.

Take Muhammida el-Muhajir, a digital marketer from New York City, who left her job to move to Accra.

She says she moved, because despite her education and experience, she was always made to feel like a second-class citizen. Moving was an opportunity to fulfil her potential and avoid being targeted by racial violence.

She told Al Jazeera her story:

On life as a second-class citizen in the US ...

"I grew up in Philadelphia and then New York. I went to Howard, which is a historically black university. I tell people that Ghana is like Howard in real life. It felt like a microcosm of the world. At university, they tell us the world isn't black, but there are places where this is the real world. Howard prepares you for a world where black people are in charge, which is a completely different experience compared to people who have gone to predominantly white universities."

I can't say what's happening in America today is any worse than what's been happening at any other time.MUHAMMIDA EL-MUHAJIR

On her first trip to Africa...

"The first country I went to was Kenya. I was 15 and travelled with a group of kids. I was one of two black kids. I saw early that I could fit in and wasn't an outsider. Suddenly it switched, I came from America where I was an outsider, but in Africa, I no longer felt like that. I did graduate school in Ghana in 2003 and went back to New York and then moved to Ghana in 2014.

"I have no connection to Ghana. Some people in my family did tests, and we found ties to Senegal and The Gambia, but I don't think you can ever figure it out. No matter where you were sold or left the port, Senegal or Ghana, no one can be certain where you came from."

No matter where you were sold or left the port, Senegal or Ghana, no one can be certain where you came from.MUHAMMIDA EL-MUHAJIR

On leaving New York for Accra...

"Even when you live in a place like New York as a black person, you're always an outsider.

"You hear stories about the richest black people, like Oprah Winfrey, getting shut out of a store or Jay-Z not being allowed to buy [an apartment]. Those things happen. It doesn't matter if you're a celebrity, you're a second-class citizen. This was the biggest issue for me.

"In America, you're always trying to prove yourself; I don't need to prove myself to anyone else's standards here. I'm a champion, I ran track and went to university, and I like to win, so I refuse to be in a situation where I will never win."

You might not have electricity, but you won't get killed by the police either.MUHAMMIDA EL-MUHAJIR

"There are amenities that I am used to at home in New York - like parties, open bars and fashion, so when I realised I could do the same things in Africa as I could back in the US, I was sold. There is also a big street art festival here, and that was the difference from when I came [as a student]. I saw the things that I love at home here, so I decided that now is the time."

"When Ghanaians find out that I live here, they're usually confused about why I chose to live here as an American. There is definitely certain access and privilege being American here, but it's great to finally cash in on that because it doesn't mean anything in America.

"There are also plenty of privileged Ghanaians; if you take away race there's a class system."

On the 'Blaxit' documentary ...

"In my documentary, I chose five people that I've met since I've been here and every one of them went to a black college in the US. It's something that prepares you mentally to realise you aren't a second-class citizen. Something like that can help you make a transition to live in Africa.

"I made Blaxit because of this wave of African-Americans moving to Africa. This trend started to happen around independence of African countries, but the new wave [comprises] people who come to places like this. This new group has certain access in America and comes here to have that lifestyle in Africa.

"Unbeknown to us, we're living out the vision that [Ghanaian politician and revolutionary] Kwame Nkrumah set out for us, of this country being the gateway to Africa for the black diaspora.

"I don't want people to think that Africa is this magic utopia where all your issues will go away. It's just that some of the things you might face in America as a black person - you won't have to suffer with those things here.

"You might not have electricity, but you won't get killed by the police either.

"I want people to understand that they have options and alternatives. Most black people in America don't know that these options exist; they think they have to suffer because there's nowhere else to go. But no, there are other places."

On the prospect of more African Americans moving...

"I think more will come when they begin to see it as a viable alternative. But it's not easy and it's not cheap. I can't say what's happening in America today is any worse than what's been happening at any other time. I think now is the time that people are starting to see they can live somewhere else."