10 Cities In America With The Largest Black Population For 2022 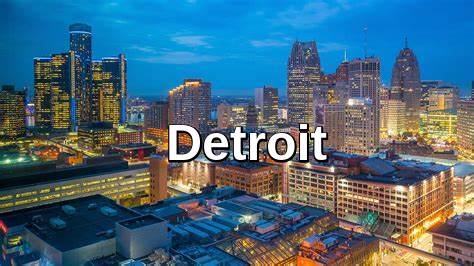 (BBR) What city would you guess has the largest African American population?

For us, we immediately figured it'd have to be somewhere in the South -- while it's trending away from it, the majority of the African American population in America lives in the south.

And we figured it HAS to be a BIG city right? Seems like that would have a better chance than a smaller city of being more diverse.

Well take a second for you to guess.

Ok cool, well, we were half right -- it's in the South but not all that big.

Our intuition served us pretty well with one big old glaring exception at the top -- Detroit. Detroit has been a predominately African American city for years. It's an economic hub in the Midwest for African Americans.

Read on to see how we calculated the most African American cities in America based on the most recent Census data.

The 10 Most African American Cities In America For 2022

So here we go all the way to our blackest city in America, Jackson Mississippi. The capital of Mississippi has a black population that is 82.17%. Jackson is also growing its African American population. Ten years ago, this city was 78% black.

Like all of the other cities in our list, Jackson has a storied history within the African American community. Civil rights leader Charles Evers is from Jackson. Musician Bo Diddley is from Jackson. BB King, James Earl Jones and Jerry Rice is too.

Oh man we gotta haul this time. We just got word that our second blackest city in America is Detroit.. Detroit has several interesting facts. First, it's 76.57% black, which is actually -17.73% less black than it was ten years ago. Additionally, it's the only city north of the Mason Dixon line to be on this list. Lastly, Detroit has by far the biggest overall number of black Americans of any other city at 750,000.

Detroit has Motown Records, which was a predominately African American music label in the 60s. Not too far away from Detroit is Battle Creek, Michigan, home to many large cereal factories.

The black population is 13 times more likely to buy sugary cereals than any other race. We're gonna hop back in the car as we take a stroll to our next blackest city in America, Birmingham, Alabama. In Birmingham, the black population is 68.08%, which is a little lower than it was just 10 years ago.

There were a lot of civil rights protests here in the early 60s, which drew the attention of the national media. A ton of black Americans were arrested while standing up for their rights, including Martin Luther King Jr. You can bet if there was a Twitter back then, it would've blown up. That's because black people use Twitter more than any other race. We're going to remain in the south as we come to our fourth blackest city in America, Miami Gardens. This is a suburb of Miami. Here in Miami Gardens, the black population is 67.11%, which is actually -5.3% less than it was 10 years ago. Additionally, Miami Gardens is about 25% Latino - mostly Cuban and Dominican.

So you can expect to hear a lot of cuban music and rap here. Why rap? Because it's one of the most popular musical styles of black Americans. What famous black rappers are from Florida? Well, there's Flo Rida to start. There's also T-Pain, Mace, and Lil Pump. Moving on, we're going to head up to our next blackest city in America, Memphis.

Here in Memphis, the black population is 64.16%, which is slightly higher than it was 10 years ago. Additionally, Memphis has the second most black Americans of any other US city, at more than 400,000.

Memphis is home to the place where Dr Martin Luther King was filled. It was one of the worst days in American history. The National Civil Rights Museum is also here. That's a very important place. Alright, so it's time to pile into the car and drive pretty far this time. It took a while, but here we are, pulling into Baltimore.

As the sixth blackest city in America, Baltimore is 61.56% black. Also interesting of note is that about 1,000 more black Americans leave Baltimore than come in every year. Where are they moving? Interesting. Moving on, good news again - we're not gonna have to drive very far at all to get to our next blackest city in the USA, Montgomery, Alabama. Here in Montgomery, the black population is 60.61%. Montgomery also has a 6.37% greater African American population now than it did just 10 years ago.

The National Center for the Study of Civil Rights and African-American Culture is in Montgomery, that's cool. And of course, Montgomery is home to the Montgomery bus boycott back in 1956. It was started by Rosa Parks, who refused to go to the back of the bus. The bus boycott drew a lot of attention, and lasted an entire year. As such, eventually, it helped get the buses desegregated. Our next blackest state in America, New Orleans has an african american population of 58.6%. That's actually slightly lower than it was 10 years ago, despite the fact that 50,000 blacks moved to New Orleans in the last decade. That means New Orleans is growing fast, and it's attracting many different races.

Now, New Orleans definitely has a long and storied black history. New Orleans is home to jazz music, which was invented by the black community. The food here is also heavily influenced by the black population. Gumbo was brought to America from West Africa. Same goes for religion and clothing. In fact, when the slaves came to New Orleans a long time ago, all of the various tribes and cultural backgrounds melted into one big mix of different African cultures.

What about dance? Popular black dance styles are tap dance, the cakewalk, the charleston, the jitterbug, popping, locking, the worm, the electric slide. Moving on, we're going to visit our next blackest city in America. Let's drive to the ninth most african american city in America, Shreveport, Louisiana. Here in Shreveport, the black population is 57.09%, only slightly higher than in Augusta. That is 1.8% lower than it was only ten years ago. There are a handful of cities in Louisiana that rank high on this list.

Makes sense, since Louisiana is the second blackest state in the US, with a 32% African American population. We finish our tour of the blackest cities in America in Augusta, Georgia. Now, seeing as Georgia is the third blackest state, this isn't a surprise. In Augusta, the black population is 56.41%. That's 7.06% higher than it was in 2010.

Let's be real - Georgia is a very black state. Overall, 31% people who live in the state are black. Augusta is the blackest city in Atlanta, but Savannah - at 54% and Atlanta at 52% - are the 12th and 13th blackest cities. So, Georgia has three of the 13 blackest cities.

To put that into perspective, America's least black city in America is Jackson, Wyoming, which is .4% black. There are 9,500 people in Jackson, which means there are only 38 African Americans in this entire place.