OWINGS MILLS, Md. — As it stands heading into Week 17, Lamar Jackson appears to be the NFL’s consensus pick for Most Valuable Player. 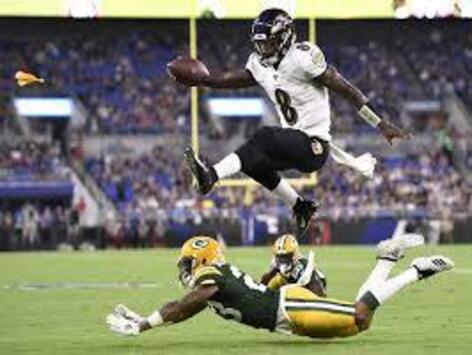 He’s put up historic numbers and led the Ravens to a 13-2 record before the season’s final week. Because of that, he won’t play against the Steelers on Sunday in order to rest himself for the playoffs.

Meaning, Jackson’s regular season is over after he led the Ravens to a 13-2 record. He had a completion percentage of 66.1, threw for 3,127 yards and 36 touchdowns, threw six interceptions, He rushed for 1,206 yards — an NFL record for a quarterback, ran for seven scores, totaled 4,333 total yards and only turned the ball over eight times.

But as compared to previous MVP’s, those numbers surprisingly aren’t exactly the most eye-popping.

The last non-quarterback to win the MVP award in the NFL was Adrian Peterson in 2012, when he rushed for 2,097 yards. Before that, the last MVP that didn’t play quarterback was LaDainian Tomlinson in 2006.

And when compared to MVP winners since Peterson’s 2012 campaign, Jackson’s numbers actually fall a bit short when looked at through the MVP lens.