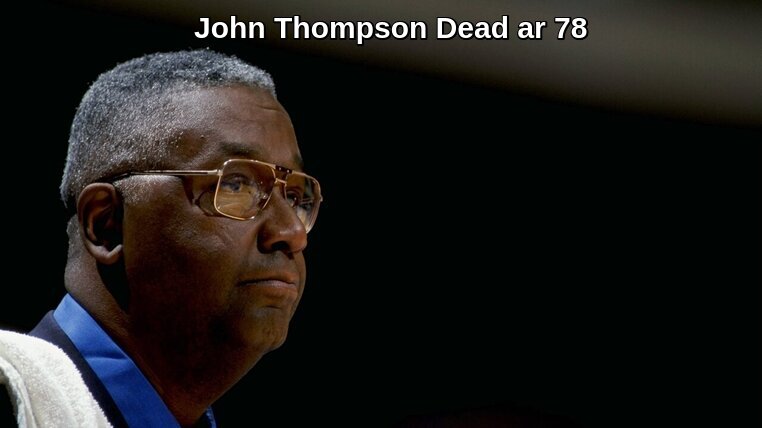 His death was initially reported by Washington, D.C., radio station, The Team 980.

“More than a legend, he was the voice in our ear everyday,” his family said in a statement Monday. “We will miss him but are grounded in the assurance that we carry his faith and determination in us.”

Known as “Big John,” the 6-foot-10 Thompson was the first Black coach to win the NCAA championship. He led the Hoyas to the title in 1984.

He was inducted into the Naismith Memorial Basketball Hall of Fame in 1999.

Under Thompson, the Hoyas made it to three Final Fours in the 1980s. He also led the 1988 U.S. national team to an Olympic bronze medal.

With an ever-present white towel slung over his shoulder, Thompson led Georgetown for 27 seasons. He retired from coaching in 1999.

Recently, Thompson stepped down in May from the Nike Board of Directors, and his autobiography is set to be released in January.

There was no immediate word on a cause of death.

The Associated Press contributed to this story.