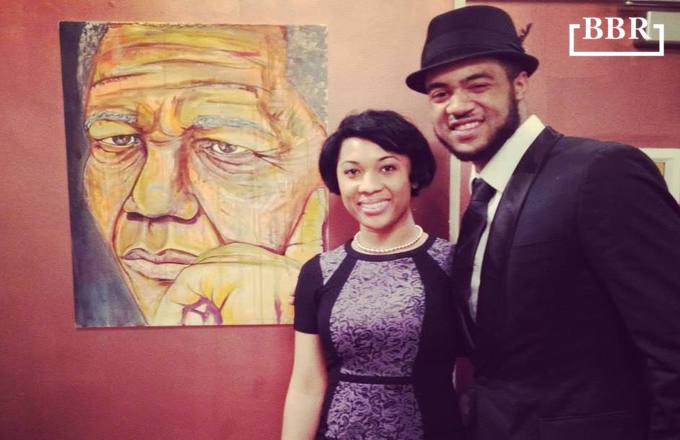 Transitioning from a career in the National Football League (NFL) to a full time artist, Aaron Maybin made shifts not only in his lifestyle, but in his community. Maybin chose to leave Penn State as a sophomore and was a first round 11th pick by the Buffalo Bills in 2009. He would later join the New York Jets and Cincinnati Bengals. After being drafted by the Toronto Argonauts (Canadian Football League) Maybin retired in 2014. Today at 27, he’s an artist, public speaker, and philanthropist.

During his NFL career, Maybin yearned to return home and invest in his hometown of Baltimore. Knowing the lack of funding for arts in Baltimore City Public Schools (BCPSS) and inner cities nationwide, Maybin launched his foundation, Project Mayhem in 2010. The foundation provides aid, both personal and economic, to underprivileged and at-risk youth so that they can excel, via his website.

Maybin understood the power of partnerships to strengthen communities and tapped young professional and influencer Chezia T. Cager to handle marketing and fundraising for the foundation during his career in the NFL. Initially, Maybin funded his programs and initiatives by himself. With assistance from Cager he was able to receive financial support and learn how to write and apply for grants. “I always tell Aaron it’s a blessing he can fund his ideas, but there are companies who can assist in funding too.”

Cager is a native Baltimorean whose public service career spans over 10 years. She jokes she was born into culture and service as a way of life thanks to her parents, a real estate developer and professor. While an undergraduate at Salisbury University, Cager spent her spring, summer, and winter breaks in Annapolis working as an assistant for the Maryland Legislature. After graduating in 2006, she worked for former Mayor Sheila Dixon. Upon Dixon’s resignation in 2010, she completed her Masters at Notre Dame of Maryland and began an internship at the White House in January 2011. She continues to serve in the Obama Administration and as an Adjunct Professor at a community college.

Project Mayhem is currently supported through Maybin’s social impact business model. Revenue from his artwork is allocated to the needs of children in low-income communities by providing clothing, school supplies, meals, tutoring, and summer camps. He has partnered with a variety of local organizations such as One Baltimore, Standup Bmore, BMe Community, Art with a Heart, OrchKids, and BaS. This past summer, Maybin testified in front of the Baltimore City Council as an advocate for Sugar Free Kids Maryland on the impact of sugar on children and ways that the effects can be reduced to ensure that they have a healthy future.
For both Cager and Maybin, the goal is to apply the wealth of their networks and resources to their hometown and keep it there, creating a virtuous cycle of growth.

The two are joining forces again to promote education and the arts. Maybin is the 2016 Reginald F. Lewis Museum of Maryland African American History & Culture Gala Honorary Co-Chair alongside Librarian of Congress, Dr. Carla Hayden. Cager is a museum Board Member (the youngest) and chairs the museum’s Gala Committee. The event is Saturday, November 12, with proceeds benefitting the museum, including the Children's Access Program which provides free transportation and admission to schools and youth organizations to the museum. Tickets can be purchased via the museum's website.

For these two young people on the move, it’s personal. ”No matter how big, or small, it’s an individual responsibility to give back to the communities we live in,” urges Maybin.