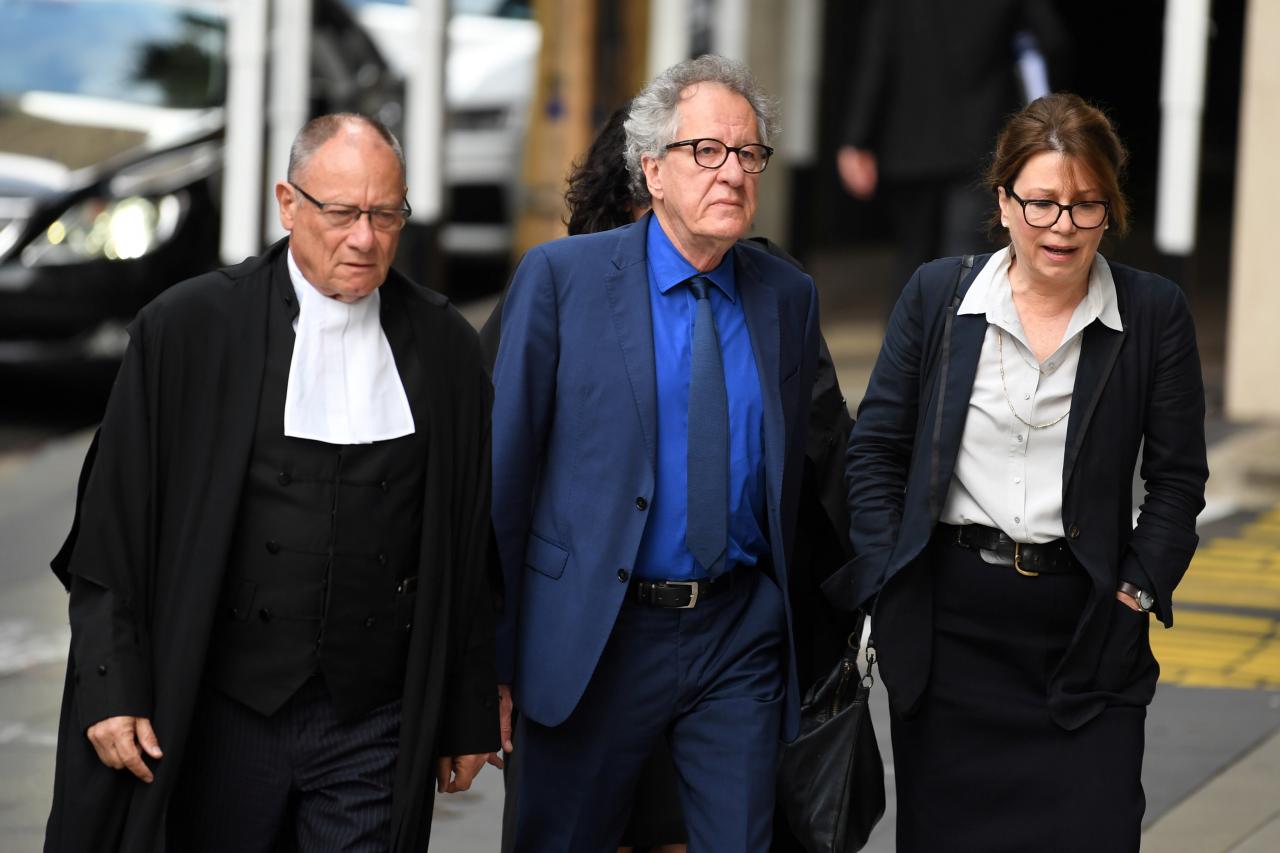 SYDNEY (Reuters) - Australian actor Geoffrey Rush said on Monday he was distraught when he read newspaper articles accusing him of inappropriate conduct, as a court began a hearing into his lawsuit against the publisher.

In the first such case in Australia of the #MeToo era, Rush is suing News’s Corporation’s Australian arm over a series of articles saying he was the subject of a complaint to the Sydney Theatre Company in relation to its 2015 production of King Lear.

Under the headline “KING LEER,” and in later articles, Sydney’s Daily Telegraph newspaper said the Oscar-winning actor, who played the starring role in the production, had been accused by a co-star of unspecified inappropriate conduct.

“It was devastating,” Rush, dressed in a navy suit, told the Federal Court in Sydney, where the hearing began after several months of pre-trial arguments.

“I felt as though someone had poured lead into my head, I went into a kind of - this can’t be happening - I was numb,” he said, adding he felt the stories implied he was a “major pervert” or guilty of major depravity.

“It just didn’t relate to the experience that I’d had doing the production of Lear,” he said.

News Corporation is defending itself in the case, standing by the stories.

The company’s lawyers have yet to make their arguments in court.

Filed defense documents set out allegations Rush touched his co-star on the lower back while waiting in the wings and made groping gestures above her breasts during rehearsals.

None of that detail was published in the vague, original news reports and Rush did not address it in his testimony, which continues. His lawyer had earlier said he denied all such behavior.

A spokeswoman for News Corporation in Australia declined to comment.

Rush’s lawyer, Bruce McClintock, said the newspaper articles were written by a journalist desperate to find an Australian angle on the accusations leveled at U.S. film producer Harvey Weinstein, which gave rise to the #MeToo movement.

Hundreds of women have since accused powerful men of sexual harassment and abuse.

Rush won the Best Actor Oscar in 1997 for “Shine” and has since appeared in the “Pirates of the Caribbean” movies.

Since the publication of the articles, he has seen his annual income tumble from millions of dollars to thousands, McClintock said.

“This newspaper ... destroyed my client’s reputation,” McClintock said. “We are talking a very substantial claim for loss of income.”

Australian courts have previously imposed relatively modest caps on defamation payouts, however Rush is seeking “special damages”, a type of payout that is not capped.

It is not clear how large a sum he could claim if he wins the case.

Actor Rebel Wilson was able to secure a record payment of A$4.56 million ($3.25 million) in an unrelated defamation lawsuit in February, though that was overturned in June.

Rush has voluntarily stepped down as president of the Australian Academy of Cinema and Television until the matter is resolved, while Australian show business figures have come to his defense, including fellow Australian actor Rachel Griffiths.