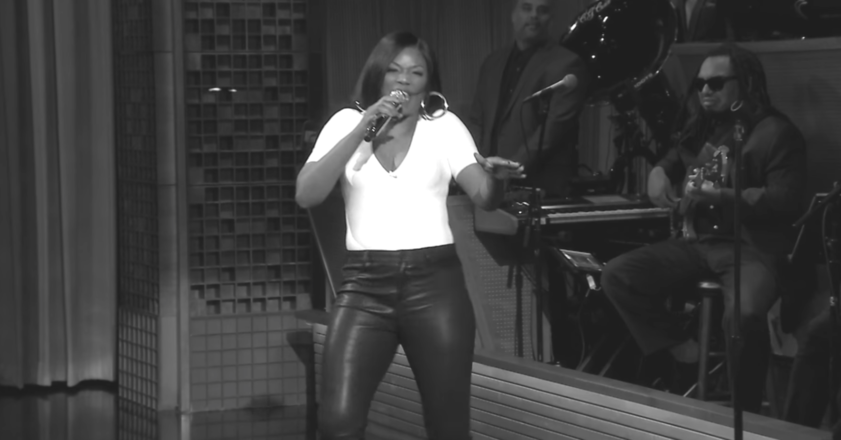 Jimmy Fallon didn’t stand a chance in Thursday night’s “Lip Sync Battle,” because Tiffany Haddish was ready with James Brown jams and moves.
The “Tonight Show” sketch began with host Fallon’s take on “Groove Is in the Heart” by the band Deee-Lite. The choice was odd, but allowed for Fallon to do some deeply bizarre and jerky dance moves, which seemed to be a crowd pleaser. Haddish followed that up with a passionate rendition of Lady of Rage’s “Afro Puffs.”
Fallon followed that with another lackluster effort, this time covering Post Malone’s “Psycho” and aping the singer’s famous face tattoos. He was no match for Haddish, who returned with a scorching version of James Brown’s “Sex Machine” that moved from color to black and white.

To say Haddish had it all is putting it lightly. There was gyrating, some robotics, a cape and truly epic facial expressions. Watch the whole thing in its glory above.